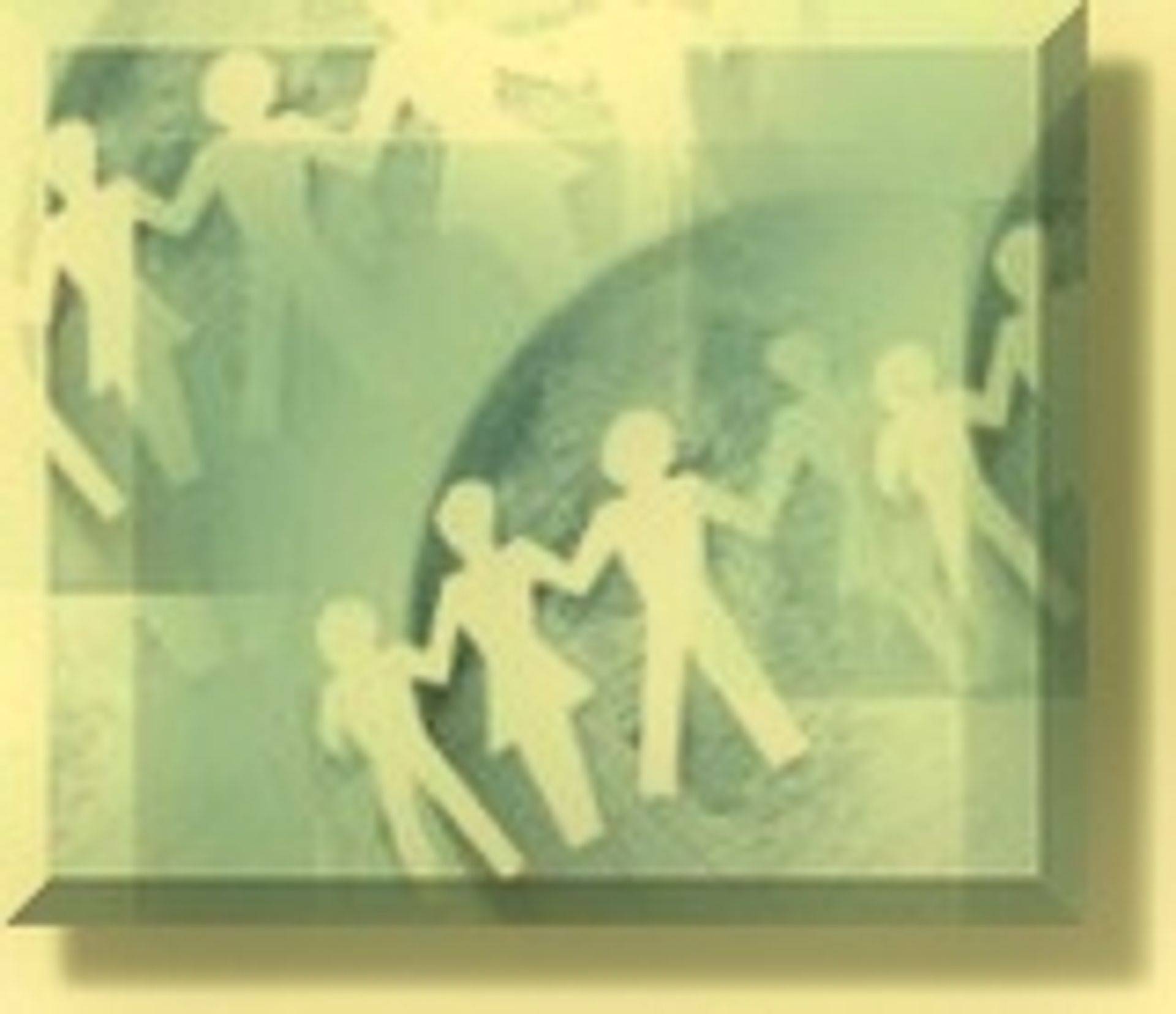 Bishop Joseph E. Kurtz was the second bishop of Knoxville. He succeeded Bishop Anthony J. O'Connell as bishop in 1999.  Kurtz was appointed Archbishop of Louisville, Kentucky, in 2007,

There are at least three areas of concern about Bishop Joseph Kurtz, all of which occurred during his tenure as bishop of Knoxville.

On April 9, 2010, Joseph Kurtz's successor as bishop of Knoxville, Richard Stika, admitted before TV cameras and print media representatives that he did not recognize the names of four top pedophile priests who had been assigned in the diocese of Knoxville. Many victims of these priests have reported to the diocese and to SNAP of Tennessee.  Stika said, "I don't know who they are," pointing to the names on SNAP's chart.  Apparently Joseph Kurtz had NOT briefed him on these pedophiles.  (See section below)  Was there nothing in the files about these pedophiles?  Was the issue of pedophile priests who had been assigned in the Knoxville diocese not important enough?  Do both Kurtz and Stika adhere to truth and transparency in regard to the sexual abuse issue?

Allowing the people of the diocese of Knoxville to be misinformed about the abuse by Bishop Anthony J. O'Connell.
Request by SNAP to remove the image.  Kurtz response to request to remove images.
Failure to treat O'Connell as the admitted molester that he is and, therefore, minimizing the seriousness of his abuse.
One of the most obvious re-Oconnelization tools used by the diocese was defending the keeping the pictures of O'Connell on the walls of churches and schools throughout the diocese. More links and information are available on this website from the menu under the name of Anthony J. O'Connell.
National Catholic Reporter article
Poor treatment of victims of abuse was another concern.  Nothing showed the indifference of Kurtz more than his interview with Paul.
Cross-referencing.  SNAP has worked for years to inform the people of the diocese of Knoxville about the abusive priests who have been assigned in East Tennessee.

Most victim's assume that the bishop of the diocese at least knows what pedophile priests have been assigned in their diocese. That is the most basic level of information, but in the case of Knoxville, even that is not ignored.

On April 9, 2009, SNAP of Tennessee held a press conference to try to alert the people again that they had not been told the truth about the pedophile priests who had been assigned in the diocese of Knoxville over the years.

We held a posterboard with 11 blank spaces for the 11 pedophile priests whom we had researched who have been assigned all over the diocese of Knoxville.  Blanks 1 through 4 were filled in with the names of Frank Richards, Edward McKeown, Walter Emala and Paul St. Charles.  These have been part of public domain reporting.  Particularly heinous in the diocese of Knoxville has been the abuse of Frank Richards as principal of Knoxville Catholic High School and Edward McKeown as pastor in Harriman, Deer Lodge (Lansing), and Lenoir City.

Bishop Stika looked at the poster and did a dismissive flip of the wrist at the names and said, "I don't know who those people are." After several shocked seconds, we responded with an incredulous question, "Are you telling us that you don't know who these most famous pedophile priests are?" He did NOT know as is evidenced by his admission to Susan Vance the next day that he had gotten his older priests to come in and fill him in on the facts that they knew.

Nothing has driven home Kurtz's negligence while bishop of Knoxville more than this incident.  Did Kurtz not brief Stika about the pedophile priest situation when he turned over the reigns of the diocese of Stika? Obviously not! Did Kurtz not care anything about the truth about pedophile priest activity in the diocese? Obviously not! Did Kurtz try to stiffle the truth from coming out? Yes as if evidence by two other ways he furthered the myth. One was the Re-Oconnelization of the diocese  (see paragraph below) and the other was the refusal to cross-reference with Memphis and Knoxville.

At that same press conference, Bishop Stika said that he had gone through every file of every priest and had found nothing.  This is an interesting point since it stands to reason that a pedophile bishop like the first bishop of Knoxville probably purged the files of the priests of his diocese.  After all, what better way the ingratiate priests to you and pay for their silence on his own abuse than for O'Connell to get rid of the facts about the misdeeds of his fellow priests of the diocese?

O'Connell was sly as a fox but Kurtz was even more devious. Kurtz left Stika a big mess to deal with. The truth is only beginning to come out and Bishop Stika will have to answer for many years about why no one know what has occurred and why Kurtz left him totally in the dark about the depth and breadth of the pedophile situation in the diocese of Knoxville.

We hope that Bishop Stika has moved forward to get the files from Nashville and Memphis which pertain to what has occurred in Knoxville and which abusive priests have been assigned here.

The re-Oconnellization of the diocese of Knoxville

Kurtz's response to the admission of abuse by his predecessor, Anthony J. O'Connell

While the abuse was acknowledged by the Kurtz and priests, there appeared to be a concerted effort to minimize the abuse and to return Anthony O'Connell's reputation. Not once did we hear the words, "If you were abused by Bishop Anthony O'Connell, please contact the authorities."  The diocese carefully boxed up O'Connell's misdeeds and acted as if they occurred only in Missouri at St. Thomas Aquinas minor seminary.  It was a strategy that was totally dismissive of facts -- pedophiles do not stop abusing.  By adopting this see-no-evil attitude, they have effectively shut down other victims of O'Connell and kept the silence going.

Tennessee was comprised of one diocese until 1971 when Memphis split with the Nashville diocese and formed the diocese of Memphis.

In 1988, East Tennessee split with the Nashville Diocese and formed the diocese of Knoxville.  This was September 8, 1988.  (22 years ago).
The diocese of Knoxville has had three bishops:  Anthony J. O'Connell, Joseph Kurtz, and Richard Stika.
Anthony J. O'Connell
First Bishop of Knoxville, Tennessee
Former rector of St. Thomas Aquinas Seminary (high school seminary) in Hannibal, Missouri. Abuse allegations have come from the boys at the seminary.  St. Thomas is now closed.
O'Connell's abuse was widespread and extremely damaging.
Article which show a privileged mentality toward the bishops who have been embroiled in the clergy abuse situation.
Joseph Kurtz became the second bishop of Knoxville after Anthony O'Connell was given the post of bishop of West Palm Beach. Recent article in the Palm Beach Post gives short summary of O'Connell and the pedophile bishop he followed.
O'Connell resigned as bishop of West Palm Beach on March 8, 2002.
Articles that give a good summary are linked in the first section on this page.
How Joseph Kurtz handled the O'Connell admission of molestation and its aftermath.
The public admission of O'Connell on March 8, 2002, that he had abused "one maybe two" was met with horror by everyone.  O'Connell went immediately from the diocese of West Palm Beach, Florida, where he had been since 1999 to Mepkin Abbey in Moncks Corner, South Carolina, where it is believed that he remains to this day.
While O'Connell resigned his post as bishop on March 8, 2002, he still remains in the priesthood. He is reported to be saying private Masses at the Abbey. The greatest single punishment that the Church could impose on O'Connell that of laicization has never been done and will never be done. Laicization is the permanent return of a priest to the "lay" state.  This simply means that he is no longer legally and financially attached to the church.  As it is right now, O'Connell remains eligible to get his health care benefits and pension from the church. This could be likened to being fired from a job but still getting benefits and salary! Do the people in the pews of the Catholic Church realize that they are paying for pedophile priests like O'Connell?
During the years following the admission of O'Connell's abuse, the diocese defended the practice of leaving pictures of O'Connell on walls of churches and schools across the diocese.  Trying to excuse this practice as a "history" lesson is absurd.  Justapose this with what happened when William Casey came into the news in April as an admitted molester in the diocese of Knoxville. St. John Neumann in Knoxville which had a picture of both O'Connell AND Casey suddenly decided to "remodel" and remove the pictures, probably not to return them to the wall.  Good decision but not a truthful approach to this issue.  It would have been better to "remodel" their attitudes about pedophile bishops and priests and take down the picture of O'Connell long ago.  As it is, this redecoration project is very convenient for them to get rid of the pictures that have so offended the victims to date.  Question: have all the other parishes like St. Patrick's in Morristown and St. Peter and Paul in Chattanooga and Notre Dame High School in Chattanooga also removed the pictures of O'Connell?  The answer:  Probably not!
We were begging for the removal of these images all throughout Kurtz's tenure as bishop of Knoxville.

The case for cross-referencing with Nashville and Memphis

Dozens of times, SNAP of Tennessee had asked Bishop Kurtz to cross-reference with the diocese of Nashville and the diocese of Memphis to tell the people which abusive priests had been assigned here in Knoxville. We were told each time that, "That is not going to happen." Truthfully, they are not obligated to do this except by their own pledge to be transparent and open about clergy sexual abuse.

Kurtz and Johnston were a united front to say that no cross-referencing would be done.

In an initiative that spanned the entire state, SNAP of Tennessee blanketed Tennessee from East to West asking all three dioceses to cros-reference. Here is the copy of the letter sent to Bishop Terry Steib. Similar letters went to Kurtz and Choby.

On several occasions, cross-referencing was a subtopic of our press conferences.  In multiple private conversations, Ann Brentwood and Susan Vance asked repeatedly for thei cross-referencing as a fulfillment of the promise of transparency.  It was never heeded.

Since it was Kurtz's policy to keep the truth about clergy sexual abuse from the people, will Bishop Richard Stika continue this policy or will he, indeed, get both dioceses of Nashville and Memphis to tell him which abusive priests have been assigned here.  It appears that he needs their help because "there is nothing in the files."

Joseph Kurtz should be held accountable for his negligence while he was bishop of Knoxville. Keeping a deep silence is what got us into this mess of clergy sexual abuse in the first place. We hope Stika is more of a man than Kurtz was and will find out the truth . . . and tell it!